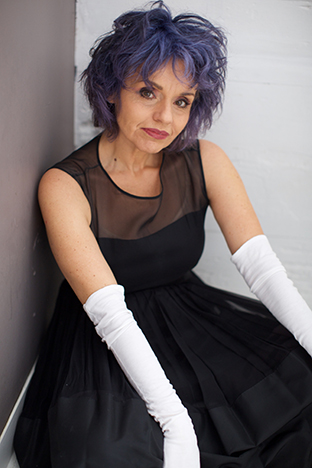 Lynn Stein returns with her sultry voice to reinterpret music from The Great American Songbook. Her style of mixing swing, pathos and humor with deep emotion will keep your heart engaged. She is thrilled to share this intimate venue with Nyack’s extraordinary pianist David Budway,

And, there will be chitchat - there’s always chitchat.

PRE-REGISTERED Patrons will LOSE their held spots if they arrive AFTER 7:30 PM. Patrons on the WAIT LIST will be seated ONLY if room is available after 7:30 PM.

Jazz vocalist Lynn Stein performs and interprets The Great American Songbook with sparkling, rich clarity.  Lynn Stein can be heard on the WQXR Standards Stream-FM and was in rotation for years during Jonathan Schwartz program and as a regular guest on Jonathans LIVE Xmas show. Stein takes her cool girl vibe to such selected venues as The Iridium, Birdland, Feinstein’s, The New Jersey Jazz Festival, The Chautauqua Jazz Festival, The Phoenix Jazz Festival, The Metropolitan Room, The Turning Point, Nassau County Art Museum, The Edward Hopper Jazz Series and is regular at Maureen’s Jazz Cellar, Nyack, NY.

“There are good singers out there.  There really are - but not well known. Like Lynn Stein.”

“Lynn Stein's singing combines a love for the process of making music with personal honesty and an exciting sense of freedom of expression. Her interpretations of standards are as equally surprising and heartfelt as her explorations of other genres. She is a musician's singer, and a delight to her audience.”   Warren Vache

"A great singer with a great sound, Lynn Stein is a truly gifted and unique interpreter of lyrics. A vocal stylist that can swing hard and break hearts. Lynn Stein is the real deal."  Houston Person

“The cherry on top is Stein, whose pure straight tone vocals, reminiscent of Irene Kral and Julie London, gives each cut a sense of honestly and flair.”   John Amodeo, Cabaret Scene Magazine

As a Classical pianist, David has performed countless recitals.  He studied extensively with Ruth Slenczynska, and, in Italy with Fritz Marrafi.  David went on to become a  Professor at Duquesne and at Carnegie Mellon University for 15 years before moving to New York.  In 1992, Mr. Budway made his solo debut with the Pittsburgh Symphony Orchestra and has performed with them on many occasions including special performances with the late Marvin Hamlisch.  Honoring his late sister, David and his wife Brianne Higgins have recently opened MAUREEN'S JAZZ CELLAR in Nyack, NY.  Mr. Budway's new cd "THE JAZZ PIANO MAN" was released last week.  His Trio performs regularly at the Carlyle in New York City.