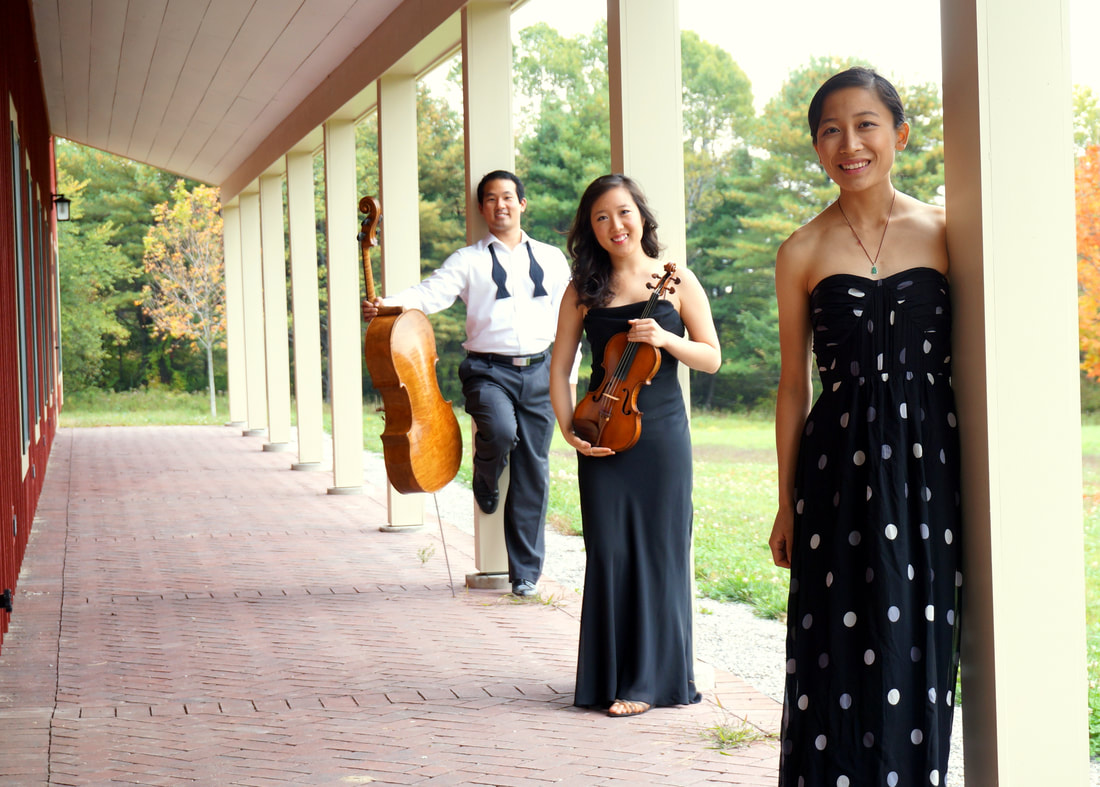 http://www.themeadowlarktrio.net/
The Meadowlark Piano Trio hails from America’s heartland. Formed by three best friends in 2012, the trio has since performed nationwide to great acclaim, and they were named semi-finalists in the 2017 Fischoff International Chamber Music Competition. Festival appearances include: Toronto Summer Music Festival, Garth Newel Music Center, St. Lawrence String Quartet Seminar, Avaloch Music Residency, and Caroga Lake Music Festival, where they were the first ensemble-in-residence. The trio has performed in diverse concert venues, ranging from the Carnegie Room Concerts and Spectrum Music Series in New York, to Bing Concert Hall in California, to house concerts in Montana. The trio’s members received advanced degrees from the Shepherd School at Rice University, and the Cleveland Institute of Music. Their mentors have been musicians from the Chiara Quartet, Cavani Quartet, Bayla Keyes, and Daniel Shapiro.

The Meadowlark Trio looks beyond the conventional model of classical music in a recital hall. In addition to repertoire from the canon, the trio participates actively in the creation of new music and has commissioned multiple works by living composers such as Nels Drue Daily, Stephanie Boyd, and Thomas Dougherty. The trio is also deeply committed to community outreach. and it performs regularly in schools, nursing homes, community centers, and hospitals. For the 2018-19 season, the Meadowlark Trio members are fellows for Music for Food (musicforfood.net), and they will present concerts and workshops throughout the greater Boston area, to benefit local food pantries.

​In their free time, the trio mates enjoy obsessively playing board games, attempting to ski, and making pizza from scratch. ​